Run Anvil's Storage Utilities on a volume to measure the disk write speed without using PrimoCache. Use this result as a baseline to compare the differences in performances when PrimoCache is used. As the figure below shows, the disk write score in this example is 87.72. 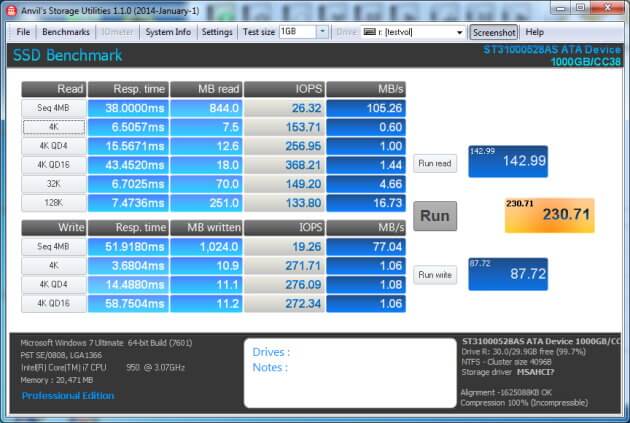 Create a cache task onto the same volume with the following cache configuration. 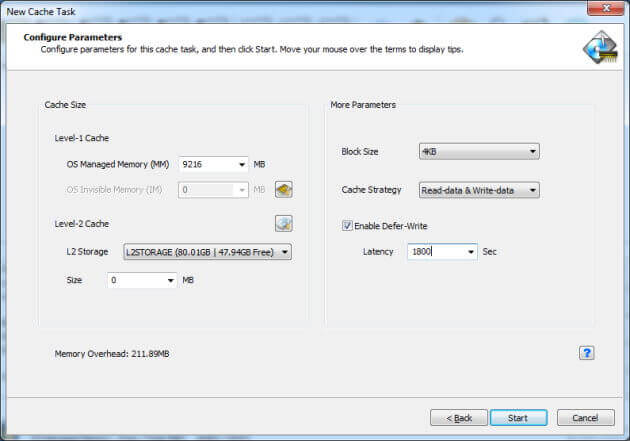 Run Anvil's Storage Utilities again to measure the disk write speed with level-1 cache and Defer-Write enabled. As you can see in the results below, now the disk write score surprisingly increases to 21,515.00, almost 250 times higher than the baseline. 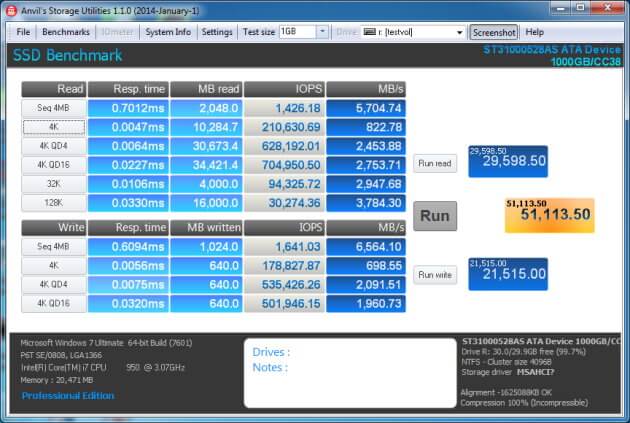 As the statistics below shows, the benchmark tool issued 3.88GB write-data to disk. However all of these write-data were stored in the cache and none of them was synchronized from the cache to disk, as you can see that both Urgent Write and Normal Write are 0. That's why there is a huge improvement on the disk write speed. 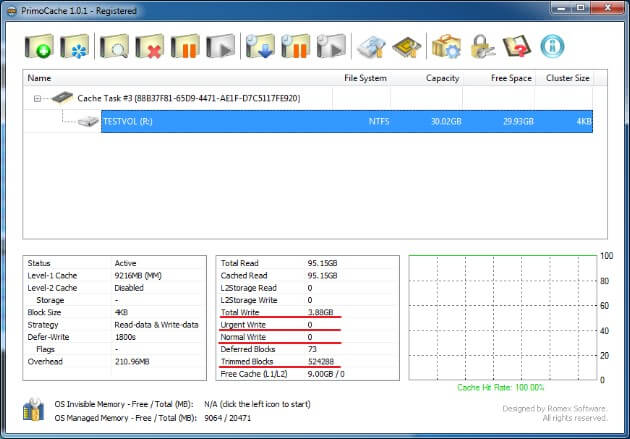 Of course, the above benchmark testing only shows the theoretical value at which disk write speed reaches its maximum. In real-world usage, usually there is not enough memory to store all write-data. Besides, because of the risk that data may be lost on system crashes or power failures, usually latency is set to a low value. Higher latency brings better performance, but also comes with higher risk.